The 2021 iHeartRadio Podcast Awards celebrated the best in podcasting over the last year, and in addition to winners across many different categories, the annual show also presented three Icon Awards to pay tribute to the creators, organizations and podcasts that have made groundbreaking contributions to podcasting’s expanding role in today’s popular culture.

Baratunde Thurston was honored with the 2021 Social Impact Award, as the comedian and activist's "How To Citizen" podcast provides "new perspectives and practices from people working to improve society for the many." Presented with the award from Questlove, Thurston explained the motivation behind starting his podcast, having grown up in Washington, DC with his computer programmer mother. He explained, "My journey has been trying to bring the racial awareness I was born into, the sort of small-d democratic obsession that I started to develop, and my super geeky, nerdy tech-ness into some kind of coherent being and coherent world view."

He added while accepting the award, "It is an honor to receive the iHeartRadio Podcast Social Impact Award, especially because I produce a podcast distributed by iHeartRadio podcasts, I see you fam. It's not nepotism though, I accept, totally neutral, and in all sincerity, I am appreciative and feel honored to be selected. There are so many dope shows that are having social impact, and creators and producers who are contributing to impact. So, it feels good to be seen and acknowledged as a part of that tradition."

Serial Productions' Sarah Koenig, Julie Synder and Neil Drumming received the Audible Audio Pioneer Award. Their "Serial" podcast exploded after launching in 2014, and have since put together three seasons, with each season taking about a year to make. In accepting their award, Julie and Sarah explained that they were originally trying to make it a radio show, until Julie suggested making it into a podcast. Sarah recalled:

"Our first idea was to make a radio show, and I remember Julie ... we were almost a year into reporting it, when [she] just casually was like, 'I think we should make it a podcast.' And I was like, 'Ew, why? What is that?' And I just remember [her] saying, 'Look, it's much cheaper, we don't have to go around and sell it to radio stations, it'll be much easier, we don't have to worry about swearing. And, if it's really bad, no one will know, because it's a podcast and nobody listens to podcasts.' So, I was like, 'Sold! That sounds good.'"

This year's Innovator Award went to QCode, an audio production studio known for their scripted and narrative story-telling for podcast listeners of all ages. Accepting the Innovator award was QCode's Rob Herting, presented by Tenderfoot TV's Donald Albright and Payne Lindsey, and he explained, "By way of background, myself and a lot of the members of the team come from the world of film and television, so slightly different space, kind of didn't know what we didn't know. But, we were really excited about telling stories in this medium." 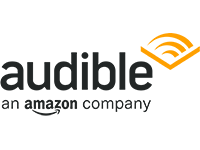