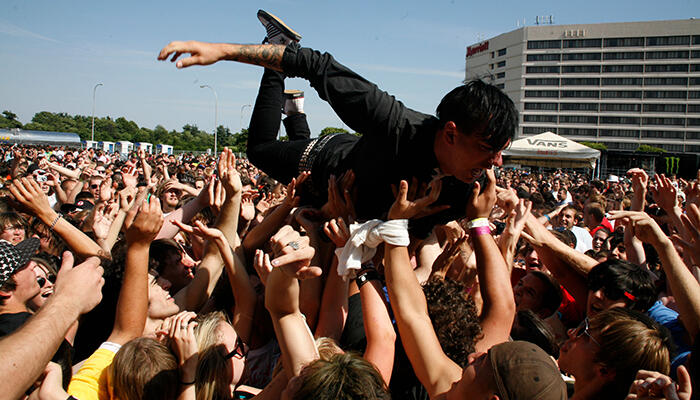 Say one final goodbye to Vans Warped Tour. Founder Kevin Lyman announced via social media that 2018 would be the traveling tour's final year. "Today, with many mixed feelings, I am here to announce that next year will be the final, full cross-country run of the Vans Warped Tour," he wrote on Twitter.

In an exclusive interview with Billboard, Lyman said his decision was based on "an evolving summer festival industry, a shrinking pool of bands, and declining ticket sales amongst its teenage demographic."

The annual summer festival helped launch the careers of many, many well known bands and artists - spanning the genres of punk, rock, EDM, hip-hop and pop. Here's just a few names you might recognize:

The dates for the festival's 24th and final year were revealed with the announcement. The tour will kick off on June 21st, 2018 in Pomona and wrap up in West Palm Beach, FL on August 5th, 2018.

The lineup is still in the works but Lyman is hoping that some of the iconic names from Warped Tour's past will join up with the fest throughout the summer for one last hurrah.

Artist that have previously toured with Warped Tour are chiming in on social media after the announcement - mostly remembering the festival as the one thing that inspired them to keep pushing forward in their own musical journeys.